With our bloggers now coming from six different states, we have even more “unbound readers” to appeal to. Check out this updated page for new sites suitable for day trips in your area. Organized alphabetically by states (Georgia, Louisiana, Massachusetts, Nevada, South Carolina, and Texas) and then by author.

Through December 2015: Where The Wild Things Are: Maurice Sendak In His Own Words and Pictures 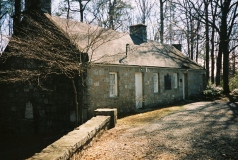 Robert Burns: Scottish Poet (“To a Louse,” “To a Mouse,” “Tam O’Shanter), Atlanta

Dickey was born in Atlanta on February 2, 1923, the son of Maibelle Swift and Eugene Dickey. He spent his first eighteen years in Atlanta and attended North Fulton High School. His poem “Looking for the Buckhead Boys” recalls some of the friends he knew during those years.

The “museum” is actually a gathering of log cabins and other buildings saved and moved to land purchased by the Foxfire organization. A terrific day trip. See this earlier post to read all about it. https://readersunbound.com/2013/10/16/foxfire-illuminating-a-mountain-culture/

Robert Frost: TheMcCain Library at Agnes Scott College in Decatur has a small collection and display of handwritten poems, photographs, Christmas cards, and more, from Frost’s many years of visiting Agnes Scott from the mid-30s up until his death in 1963. http://libguides.agnesscott.edu/content.php?pid=38755&sid=1845935

See this earlier post on the Robert Frost Collection at Agnes Scott:  https://readersunbound.com/2014/04/09/frost-in-springtime/

The Mary Gay House was built in the 1820s in Decatur, Georgia.  The name Mary Gay comes from the homes most famous tenant Mary Ann Harris Gay (1828-1918).  The Confederate author and heroine is best remembered for writing an eyewitness history titled Life in Dixie During the War. In this book, Mary Gay recounts a series of daring exploits, including her forays across enemy lines to secure food and clothing for women and children of war-torn Decatur.  Her writings have inspired some of the world’s best authors including inspiration being used by Margaret Mitchell to create scenes in Gone With the Wind and being used by Mark Twain when he quoted some of Mary Gay’s poetry in Tom
Sawyer.

The Georgia Writers Museum promotes the rich, literary heritage of the state. Of the 46 authors in the Georgia Writers Hall of Fame, nine are from within 30 miles of Putnam County. Permanent exhibits honor the three most famous local authors, Alice Walker, Flannery O’Connor and Joel Chandler Harris. Works and artifacts of the other authors will be featured in the museum on a rotation basis.

Today the plantations Kemble wrote about reflect the diversity of the region: the former estate on Butler’s Island has been turned into a state wildlife preserve; another patrimonial home on St. Simons has been obliterated by development, absorbed on the grounds of a marina; and Little St. Simons Island remains in the hands of the family that bought the land from Fanny Kemble’s daughters and is now a luxury resort. These islands are dotted with reminders of this remarkable nineteenth-century woman and the mark she left on this remote corner of Georgia.

(handwritten) of sermons; note cards for doctoral dissertation on Paul Tillich and Henry Wieman;  notes from Selma jail to Andrew Young (a to-do list outlining ways to bring attention to Selma); annotated “Letter from Birmingham Jail” in Christian Century, 1963 (one of first published versions, basis for later revisions); Eulogy for Four Little Girls murdered in church bombing, Birmingham 1963 (typed and then revised by hand); hand draft “Why I Am Opposed to the War in Vietnam”; much more.

Margaret Mitchell: Novelist (Gone with the Wind, Pulitzer Prize 1937), Atlanta
1. The GWTW Trail (many stops in addition to the two listed below):
http://www.gwtwtrail.com/GWTW_TRAIL/GWTW_TRAIL_HOME.html?utm_source=HOF+newsletter+List&utm_campaign=8bd22b2872-January_Newsletter_11_8_2015&utm_medium=email&utm_term=0_d1c12b8a00-8bd22b2872-184892625
2. Margaret Mitchell House
http://www.margaretmitchellhouse.com/cms/House+Tour/229.html990 Peachtree St. , Atlanta 30309. Guided tours of the Margaret Mitchell House are offered daily and include visits to her Crescent Avenue apartment, which she affectionately nicknamed “The Dump,” and to exhibitions about her life and the movie version of her book.”The historic space where Mitchell wrote Gone With the Wind provides an apt setting for learning about her motives for writing the novel and the lifestyle of the author and her husband, John Marsh, in 1920s Atlanta. Note: This home is a reconstruction, since the original burned.

Andalusia was the home of American author Flannery O’Connor from 1951 until her death from lupus in 1964. This is where O’Connor was living when she completed her two novels and two collections of short stories. Andalusia is open for self-guided “walk-in” tours on Mondays, Tuesdays, Thursdays, Fridays, and Saturdays, 10:00 a.m. to 4:00 p.m. All other visits are by advance appointment only by calling 478-454-4029. See this earlier post on O’Connor’s farm Andalusia: https://readersunbound.com/2013/03/05/on-the-southern-literary-trail-part-one-andalusia-flannery-oconnors-farm-home/

The Reece Farm and Heritage Center is located on US Hwy 129 in Union County, Georgia,  approximately 9 miles south of Blairsville, or one mile north of Vogel State Park.

The National WWII Museum http://nationalww2museum.org/ ,  945 Magazine St., founded by Stephen Ambrose, depicts the stories he tells in in WWII histories.

http://www.nps.gov/nr/travel/caneriver/cho.htm Part of the Cane River Creole National Historical Park and National Heritage area, this house is where Kate Chopin  and her husband Oscar lived for four years, beginning in 1879. After her husband’s death, Chopin returned to St. Louis with her six children and sold the property. Her controversial masterpiece, The Awakening, called a “Creole Bovary” by Willa Cather, was published in 1899.

http://www.pbs.org/wnet/americanmasters/episodes/lillian-hellman/about-lillian-hellman/628/ The Lillian Hellman House, 1712 Prytania St., NO–birthplace of Hellman in 1905. Not open for tour.

http://www.bkhouse.org/  For 25 years, the winter home of the queen of the New Orleans literary scene and author of Madame Castel’s Lodger (about General Beauregard).

Massachussetts: A Partial List (Note: The list is alphabetical by author, but many of these authors lived in the same city or town, ex. Cambridge. If you’re planning a tour, be sure to read through the entire list so as not to overlook anyone.)

1. 20 Pinckney St., Boston–childhood home of Louisa May before the family moved to Fruitlands.  Not open to the public.

2. Orchard House and The Wayside–399 Lexington Rd. Wayside is next door. It was called Hillside, when the Alcotts owned it from 1845 to 1852.

American history from its earliest days of colonial settlement. 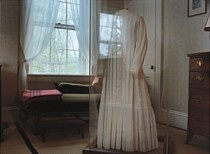 The Dickinson Homestead (280 Main St.) and The Evergreens (214 Main St.)–Poet’s birthplace and home/ home of poet’s brother and sister-in-law. https://www.emilydickinsonmuseum.org/ Both sites open for tour.

Boyhood homesite, 2 miles west of Great Barrington, MA.  There is little left of the former farm, but you can hike a 5-acre wooded field where the house once stood. A National Historic Landmark, owned by the Commonwealth of Massachusetts.

1.The Old Manse, 269 Monument St., Concord. http://www.thetrustees.org/places-to-visit/greater-boston/old-manse.html . Built by William Emerson, this house was the early home of Ralph Waldo Emerson before he moved to Cambridge Turnpike. Nathaniel Hawthorne rented the house from Emerson, and Henry David Thoreau worked there as a handyman.

Emerson moved here from The Old Manse in 1828 and lived until his death in 1882. A National Historic Landmark.

A utopian community, near the town of Harvard, 30 miles west of Boston, founded by Bronson Alcott on the ideals of Transcendentalism (i.e. that the individual is in direct communication with God and nature and thus has no need for rigid churches or creeds). It lasted 6 months.

House of the Seven Gables (www.explore-massachusetts.com)

1. The House of Seven Gables Historic Site includes both The House of the Seven Gables(which provided the inspiration for the book) and the Nathaniel Hawthorne Birthplace. 54 Turner St., Salem.   http://www.7gables.org/ The houses are open for guided tours.

2. The Old Manse, Concord–See Emerson above. Hawthorne rented the house between 1842 and 1845.

3. The Wayside (called Hillside by the Alcott family), Concord–Hawthorne bought the house from the Alcotts and spent the last four years of his life, 1860-1864, there.  Also home to Margaret Sidney, author of The Five Little Peppers. http://www.newenglandtravelplanner.com/go/ma/boston_west/concord/sights/wayside.html

Hemingway’s writings, photographs, letters, and personal items including handwritten drafts of The Sun Also Rises, the novelist’s flask, and a ring containing shrapnel from the leg injury he sustained during WWI. The Hemingway Room welcomes researchers.

Exhibits could be culled from its extensive collection of personal effects, notes, books, and more of such writers as John Keats, Dante, Tennessee Williams, Emily Dickinson, Goethe, Cervantes, and Lewis Carroll. http://hcl.harvard.edu/libraries/houghton/

Walden Pond State Reservation http://www.mass.gov/eea/agencies/dcr/massparks/region-north/walden-pond-state-reservation.html  Where Thoreau lived for two years, building his own cabin, planting beans, observing nature, and accumulating ideas for what would become one of the masterpieces  of American Romanticism. Open daily.

2. Site of the Old Concord Jail, Main St., near Monument Square–where Thoreau spent the night after refusing to pay his poll tax as a protest against slavery and the Mexican War. A plaque marks the spot.

3. The Concord Museum–houses a collection of Thoreau-related items, such as the desk on which he wrote Walden and “Civil Disobedience.”

Edith Wharton: Novelist (The House of Mirth, The Age of Innocence), Lenox, MA.

The Mount, 2 Plunkett St., Lenox–Wharton’s home from 1902 till 1911. Purchased by The Edith Wharton Restoration in 1980 and now open to the public as a cultural center. http://www.edithwharton.org/

3. Whittier Family Homestead and Birthplace, 305 Whittier Rd., Haverhill–the farm remains much as it did in Whittier’s time and is the setting for his famous poem “Snowbound.” http://www.johngreenleafwhittier.com/about_birthplace.htm

John Winthrop: Puritan Governor of Massachusetts, Chronicler of The History of New England, and Publisher of The Bay Psalm Book. See William Bradford.

The National Cowboy Poetry Gathering is an annual celebration of the ranching and rural West. Through poetry, music and stories, ranch people express the beauty and challenges of a life deeply connected to the earth and its bounty. Every year, thousands travel to rural Elko, Nevada, in the heart of winter, to learn and share. It’s been called the most honest and open-hearted festival in America, but it is also a darned good time! At the National Cowboy Poetry Gathering, you can discover cowboy cultures from around the world, learn a traditional skill, dance the two-step, plan for the West’s future with ranchers and conservationists, watch home-made films of rural life, meet new friends over a Buckaroo Brew, enjoy Basque food, listen to tall tales, dispel myths, build bridges and be inspired.
Nevada Center for the Book  http://nsla.nv.gov/Development/NVCenterfortheBook/
Literary Map of Nevada: A compilation of over 500 Nevada writers, authors, poets, cowboy poets, artists, fur traders, explorers, journalists https://www.google.com/maps/d/viewer?oe=UTF8&ie=UTF8&msa=0&vps=2&hl=en&mid=zbL7i8am0Pk8.kZufHLy94Tdc
South Carolina

Mulberry Plantation, 559 Sumter Highway (US 521) at Wateree River. http://www.nationalregister.sc.gov/kershaw/S10817728009/, Privately owned, Mulberry Plantation provided Mary Chesnut a ringside seat to the Civil War, from which she wrote a famous series of diaries between 1861 and 1865.

http://www.browninglibrary.org/ Includes 56 stained glass windows illustrating poems and theme from the Brownings’ work (largest collection of secular stained glass in the world), bronze-paneled front doors depicting 10 themes from Elizabeth’s poems, 26 portraits and busts of Robert, the Elizabeth Barrett Browning salon, and more. They do everything bigger in Texas!

The Harry Ransom Humanities Research Center: A Literary Treasure Chest at the University of Texas at Austin http://www.hrc.utexas.edu/

Galleries, special exhibits, scholarly research: The Harry Ransom Center advances the study of the arts and humanities by acquiring, preserving, and making accessible original cultural materials. With extensive collections of rare books, manuscripts, photography, film, art, and the performing arts, the Center supports research through symposia and fellowships and provides education and enrichment for scholars, students, and the public through exhibitions and programs.