My two friends and I hadn’t been to Stratford, Ontario, for the annual Shakespeare Festival for probably 13 years, and we were thrilled to again visit one of the foremost such events in the world.

Before we left, however, we attended a concert of music associated with Shakespeare performed by my own choral group, the Festival Singers of Atlanta, marking the 400th anniversary of the Bard’s death in 1616. It included pieces from Broadway hits West Side Story and Kiss Me Kate, as well as madrigals, including “It Was a Lover and His Lass” (lyrics from Act 5, Scene 2 from As You Like It).

With that musical send-off, we drove north a few days later to Stratford, where the river is named the Avon. The town did not have its beginnings in theater but as a railway junction. Stratford was a bustling town from the mid 1800s until the mid 1900s when the railroad left and the town began to die. Tom Patterson, a journalist there, got the idea of having a Shakespeare festival – after all, the town already had the names Stratford and Avon. The first one was held in a tent in 1953 on the site where the Festival Theater, designed to resemble a tent, now sits. 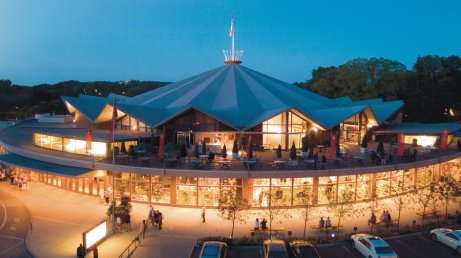 The festival currently has four theaters, the Avon, the Tom Patterson, the Studio, as well as the Festival Theatre, and attracts hundreds of thousands of theater goers and tourists. Christopher Plummer, Alec Guinness, Dame Maggie Smith and many other renowned actors, have performed here. We didn’t see any celebrities such as these, but we did see marvelous theater.

One of the many things I love about Stratford is the bed and breakfasts within walking distance of the theaters and downtown with its shops and restaurants. Ours, named Acrylic Dreams, was a 10-minute walk. Like many of the houses around downtown, it dates back to the 1800s (1879 to be exact) when the railroad brought prosperity. Operated by Jack McDonald and Karen Zamaria, it has four charming ensuite bedrooms for visitors. Each morning, after a divine vegetarian breakfast prepared by

Jack, we headed for town to check out the slew of  boutiques and the Fanfare bookstore, then have lunch at one of the restaurants (Bentley’s, Queen’s, Fellini’s, Pazzo, to name a few). We also strolled along the Avon which is home to many ducks and Canada geese, as well as 21 swans, and visited the lovely Shakespeare’s Garden and the gardens outside the Festival Theatre.

And then there are the plays. Stratford’s Shakespeare Festival has several shown in repertory, not all by Shakespeare, from April to October. The 2016 season included 13 plays, most of which we missed because they weren’t in performance when we were in town or we couldn’t fit them into our schedule. We missed Macbeth and As You Like It, which we heard were both excellent.

Our first play was Breath of Kings: Rebellion, a compilation of Richard II and Henry IV Part I. Our second was Breath of Kings: Redemption, a combined Henry IV Part II and Henry V. These plays are interconnected and were adapted by Graham Abbey, who starred as Henry IV. In the first cycle, Henry Bolingbroke (later Henry IV) dethrones his cousin Richard II after Richard banished him from England and later denied him his inheritance. It’s a long, complicated story.

In Redemption, we see Henry’s scampish son, known as Hal or Harry, mature into the able Henry V, who conquers France.

After six hours of treason, court intrigue, and battles, we needed some levity which we got in Shakespeare in Love. This is one of my favorite movies, so I was delighted to learn it had been adapted into a play by British writer Lee Hall. If you haven’t seen it, it’s a merry romp between a youngish Will and Viola de Lesseps, who wants to be an actor in an era when women were denied the stage. Will is working on a new play that, because of his romance with Viola, morphs into Romeo and Juliet.  We see cross-dressing and mistaken identities, an important part of Shakespeare’s comedies. 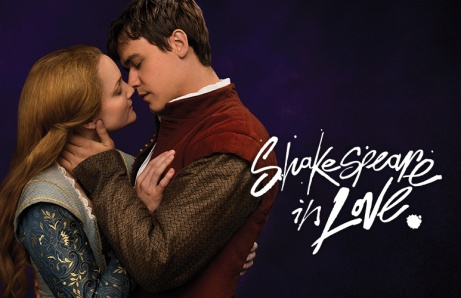 After the ebullient and funny Shakespeare in Love, we moved back to serious stuff. All My Sons, written by Arthur Miller in the mid 1940s (it opened on Broadway in January 1947), is a depressing and tragic play about a man who makes a decision,  based solely on profit, that kills people and destroys families, including his own. My friends and I hardly said a word on the walk back to our B&B.

But enough of sadness. Our last two plays were Chorus Line and A Little Night Music. Lots of great dancing in the former and lots of great singing in the latter, including “Send in the Clowns.”

Most of the performers were exceptional. I absolutely loved Stephen Ouimette as the ever put-upon yet positive Henslowe in Shakespeare in Love and Graham Abbey as Henry IV. Geraint Wyn Davies was a hoot as Sir John Falstaff in Henry IV Part II. And the dancers in A Chorus Line, several whom also appeared in A Little Night Music as singers, were a joy to watch.

I can’t wait to return next year.

What Shakespeare Festivals have you been to, and what was your experience?

3 thoughts on “In Love with Shakespeare”