Sometimes, taking a ‘wrong turn’ in life can actually lead you exactly where you want or need to be. In the case of my family, and the exciting change in our lives this past year, that is precisely what occurred…

After growing up in a coastal town in Maine, my husband and I spent many years residing in a fast-paced suburb north of Atlanta, Georgia. For some, it was full of community events and family-driven activities, and provided an oasis of high quality living. For me, however, it simply never felt like “home.” It was a land-locked locale with its dense pines, excessive traffic, and smothering summer humidity, and I missed the simpler, smaller days from my childhood—of being able to ride my bike to the corner store or dash off to the beach to smell the sweet salty air. For many years I harbored the desire to leave until, finally, in a bout of deluded brashness, I approached my husband and with a hint of marital humor, told him that our two children and I were moving away. We were going to the coast.

A few months later, we headed to South Carolina during school vacation. Having long enjoyed the beaches and relaxed life that Hilton Head Island offers, it was our old standby for family trips, and the closest beach that I could get to. A few days into the holiday, we decided to drive up to Charleston and try something new. Within two hours, we were exploring the beautiful historical sites that Charleston is known for. After lunch near King Street, we drove to the equally quaint town of Mt. Pleasant, located just across the Ravenel Bridge.

It was from there that we quite literally took a wrong turn off the Mark Clark Expressway, at exit twenty-four. As our SUV rounded the bend and passed by a pond with bird species that I would later learn included limpkin, storks, and the beautiful white ibis, as well as orange signs posting “Beware, Alligators Here,” we ended up in the lovely little town called Daniel Island. My husband and I weren’t there for more than ten minutes before we turned to each other with mutual expressions of pleasant surprise. I knew right then that this place could potentially be our new family home. 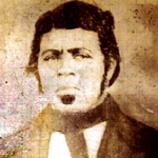 Recognized with an “Award for Excellence” by the Urban Land Institute, the Daniel Island community is a national model for smart growth. It was first inhabited by a Native American tribe known as the Etiwan, and the island was granted by the Lords Proprietors of England to Robert Daniel (who later became the governor of the colony of Carolina) in the late 17th century. It was eventually divided into several large plantations and used mainly for farming. The Guggenheim family purchased it in 1947 for cattle ranching and as a hunting retreat. In 1971, the land passed to the Harry Frank Guggenheim Foundation, which sponsored the creation of this master community plan.

The island’s official website, www.danielisland.com, states this about the development of the area:

Daniel Island is intended to be a natural extension of the City of Charleston, providing a self-sustaining regional center that offers a complete range of residential options as well as places for businesses and opportunities for recreation, shopping, dining and more.

Outstanding sports facilities include the Family Circle Center, a tennis facility renowned for its Family Circle Cup events, where such accomplished professionals as Chris Evert, Tracy Austin, Steffi Graf, Jennifer Capriati, Venus Williams, and Serena Williams have competed.  And for golf, there’s the Daniel Island Country Club, featuring the country’s only private pairing of golf courses designed by Tom Fazio and Rees Jones playing out of the same clubhouse. Both nationally ranked courses are perfectly integrated into the breathtaking low country landscape and the country club neighborhood of Daniel Island Park. Bishop England High School, known locally as “BE,” a Catholic School that began in 1915 in downtown Charleston on Calhoun Street, moved to Daniel Island, when the Island began its development in 1988. Notable alumni from BE include renowned author Dorothea Benton Frank, actor of Thomas Gibson, and the mayor of Charleston himself, Joseph P. Riley, Jr.

Blackbeard (AKA Edward Teach) would light up the ends of his whiskers, making himself look like the very devil, to terrify his victims.

The history of nearby and more well-known Charleston is one of the longest and most diverse of any community in the United States, spanning hundreds of years of physical settlement beginning in 1663 through modern times. While the earliest settlers primarily came from England, colonial Charles Towne was also home to a mixture of ethnic and religious groups. As Charles Towne grew, so did the community’s cultural and social opportunities, especially for the elite merchants and planters. As the relationship between the colonists and England deteriorated, however, Charles Towne became a focal point in the ensuing American Revolution. It was twice the target of British attacks, and the British retained control of the city until December 1782. After the British left, the city’s name was officially changed to Charleston in 1783. And before then, if Charleston didn’t have enough amazing history behind its name, the famous pirate, Blackbeard, graced the city’s walled shores, and another less known pirate, Stede Bonnet, was hanged there. 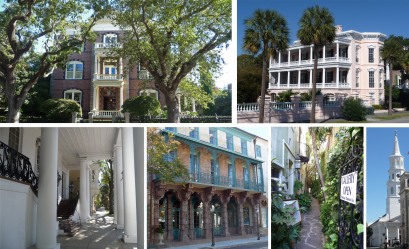 It was this fascinating history of the Charleston area, together with a newspaper article I read, that inspired me to begin an exciting new writing project here on DI. The Daniel Island Historical Society (DIHS) wrote a piece about the many live oak trees that have grown here for hundreds of years, referencing and alluding to all of the wonderful stories they could tell. I approached the Board at DIHS and proposed an idea to capture the life stories—not from the trees, of course—but from some of the oldest residents who live here. They loved the idea as much as I did, and even offered to fund the project. I have begun interviewing some island elders for the book, and the project will culminate in a compilation of about fifteen stories relating to “how life was years ago.” My hope is twofold: to give something back to the Island that is now our home and to provide some of the oldest residents the opportunity to share with and teach the younger generation how very different the world was fifty, sixty and seventy years ago. After I meet with more people, I will post an excerpt of one or two stories, and give a glimpse into the book as it unfolds. 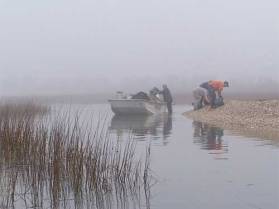 I know now that the reason my husband and I smiled at each other that day in the car is the same as what we love about our home seven months later. Our lives most closely resemble the quality of life that he and I experienced as children – biking to school and the local library, walking downtown for homemade ice cream, fishing in ponds, and enjoying the lovely outdoors. This experience has taught me that sometimes, even when you think you have made a wrong turn in life, that’s when you make the best ones of all (and find the most exciting opportunities). I am learning to be grateful for all of the twists and turns that life hands me, and am thrilled about the new ventures that this new life will bring.

Was there a time in your life when you thought you had erred, only to later learn that some change was for the best? How has your life turned out? Are you where you truly want to be?