There are two strains in American print journalism. One is persuasive and opinion-based (like blogs); the other is sourced in fact and offers multiple perspectives (like metropolitan newspapers). In Part One of this series I traced the history of each, then promised to describe the current changes: opinion-based reporting is on the rise, while so-called “objective” news appears to be languishing. How did that happen?

A revolution is underway: the internet’s popularity has achieved critical mass. Readers no longer pick up papers on their way to work. Instead, they browse websites and social media throughout the day. Early in this process (late 1990s) savvy papers like The New York Times established a digital presence. When subscribers and advertisers didn’t follow, a battle for survival ensued. Many newspapers went defunct. As a result, seasoned reporters and editors lost their jobs by the thousands, and several “beats” (or areas of coverage) disappeared.

Beat-reporters have background knowledge and social contacts which help them to investigate what others want to conceal. The reporters’ absence means that journalism is less able to serve as government’s watchdog. Five years ago, state auditors uncovered an example of this in a suburb of Los Angeles. The city council of Bell, California met publicly less than 70 minutes per year. Beginning in 1993, council members gradually increased their own salaries to $100,000 and earmarked more than $1,000,000 for the City Manager. This embezzlement took place in a town of 36,000 people, one quarter of whose income fell below the poverty line. Since no one covered this beat, the problem went undetected for 17 years.

That’s the bad news. The good news is that journalism has become more accessible to writers and readers – less the purview of a few. Rapid change is still underway, but here are some current trends:

In lieu of beat-reporters, we now have citizen-journalists. Described as “hyperlocal,” their stories cover a well-defined community and focus on residents’ concerns – such as crime, zoning and local services. Their pieces are published on neighborhood websites and social networks like Facebook and Twitter. While such reporting is nonprofessional and unorganized, it can also be highly effective. The lay-journalists who first reported Michael Brown’s death began a national conversation on police treatment of young black men.

Readers help determine what gets published. On sites like Buzzfeed, they offer feedback and respond to quizzes. (While Buzzfeed’s content is often superficial, the site has recently begun to publish investigative stories too.) Huffington Post, World News Network, and The Daily Beast belong to a category known as “news aggregators.” In addition to publishing daily content, they allow readers to select a topic and search for related stories. These and other news-providers (like CNN, Salon.com, and NBCNews) also solicit reader comments. 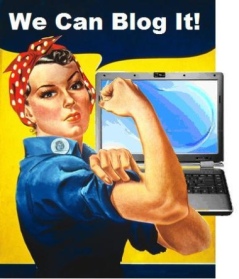 Perhaps the epitome modern journalism is the “blog.” (You are reading one.) The term was coined by Jorn Barger – who edited a website called Robot Wisdom – as shorthand for “weblog.” Addressed to all and none, Barger’s blogs consisted of personal comments with links to content of interest to him. His essays were arranged chronologically. Thus, the “log” in “blog.” Created in 1997, the form is subjective, personal and addressed to a community of like-minded people (or at least, those interested in the writer’s subject). It hasn’t changed much over time. What has changed is the form’s popularity and prominence as a source for news. Gawker, for instance, consists primarily of blogs about the news media, celebrities, and New York City. Many objective reporters claim their stories were inspired by a Gawker blog.

Sources for objective news continue to exist. Several metropolitan papers – like The New York Times, Chicago Tribune, and San Francisco Examiner – have survived. Some, like The Atlanta Journal-Constitution, now emphasize investigative journalism where they didn’t so much before. New nonprofit websites have also begun to appear, and some (like ProPublica and The Voice of San Diego) devote themselves entirely to investigative reporting.

Survival is not guaranteed to any of these outlets. Advertising and subscription revenues remain elusive, while technology use continues to change. (Over the last two years, smart phones have begun to replace personal computers as a means to read the news.) How will publishers respond?

To some, a more pressing problem is veracity and scope: will modern journalists continue to report all sides of the news? Will they check their facts? And will they continue to bring us news we don’t want to hear: items that might require difficult action on our part – like global warming?

Jay Rosen, a professor of journalism at New York University, has some interesting ideas: First, he thinks we ought to encourage citizen journalists to blog and hire traditional reporter-editors to curate their blogs. By “curate,” he means ensure the inclusion of several points of view and perform the task of fact-checking. Second, he urges us to consider paying those journalists through crowd-funding – by raising small amounts of money from a large number of people – via the Internet. To my mind, this seems worth a try. The arrangement appears to combine the best of both opinion-based and objective reporting.

In your opinion, what qualifies the average reader to write news or comment publicly about it?

4 thoughts on “Blogs Are Old News (Part 2): Bad News and Good–A Look at the State of Digital Reporting”