Dypaloh. There was a house made of dawn. It was made of pollen and of rain, and the land was very old and everlasting.

This is how N. Scott Momaday, an author of  Kiowa/Cherokee heritage, opens his Pulitzer Prize-winning novel, House Made of Dawn, published in 1968. His beautifully crafted book is credited with launching the so-called Native American Renaissance and with helping Native American writers break into the mainstream of publishing.

Briefly, the story begins when Abel returns to his reservation in New Mexico emotionally devastated after fighting in World War II. The war has severed his connections to his world of spiritual and physical wholeness and to his land and people. He stabs and kills an albino Indian called “the white man” and is sent to prison. The story ends with him returning to the reservation to take care of his grandfather, who is dying. His grandfather tells him stories from his youth and stresses the importance of staying connected to his people’s traditions.

Somewhat based on Momaday’s own experiences of life at Jemez Pueblo in New Mexico, the novel combines events in his personal life with his imagination. One real-life occurrence is an incident that happened at Jemez on which Momaday bases the murder in House Made of Dawn. He refers to this in his memoir, The Names. The novel also is inspired by Native American beliefs and customs.

The 198-page book first was conceived as a series of poems, then planned as stories, and finally as a novel, but the book still has a poetic sensitivity to it and often felt as if I were reading the story through a veil or a mist. Below is an excerpt to illustrate the poetic nature of Momaday’s writing. In “Part 2: The Priest of the Sun,” Abel, the protagonist — a tragic, lost soul in the book—has been badly beaten. In between the intense pain he’s feeling, he has memories of his past while he suffers in the fog in Los Angeles.

He was afraid. He heard the sea breaking, saw shadowy shapes in the swirling fog, and he was afraid. He had always been afraid. Forever at the margin of his mind there was something to be afraid of, something to fear. He did not know what it was, but it was always there, real, imminent, unimaginable.

With the publication of House Made of Dawn and also novels by Duane Niatum (Salish), Gerald Vizenor (Chippewa), Leslie Marmon Silko (Laguna Pueblo) and James Welch (Blackfeet) in the 1970s, Native American literature has proliferated, and many of the writers have won awards. Best known for his poetry, Niatum’s Song for the Harvester of Dreams won the American Book Award in 1982, Vizenor’s novels Griever: An American Monkey King in China and Shrouds of White Earth both won the American Book Award, and Silko, author of Ceremony, has a lifetime achievement award from the Native Writers’ Circle of the Americas.

From what I’ve read so far, a common theme often seems to be a Native American trying to find connections to tribal life and beliefs or living in the white man’s world.

Louise Erdrich does both. Since completing House Made of Dawn, I’ve been reading her novels (she has thirteen) and have just finished Shadow Tag. Erdrich, who is part Ojibwe (or Chippewa), as well as French and German, has become well known and popular for her novels, poetry, short stories, children’s books, and a memoir. Her The Plague of Doves was a finalist for a Pulitzer Prize, and The Round House won the National Book Award for Fiction.

Sherman Alexie’s writings draw from his experiences growing up on the Spokane Indian reservation. A writer of novels, short stories, and poems, he has won several awards, including a National Book Award, and he’s a founding member of Longhouse Media, which teaches film making skills to native American youth. Alexie also writes young adult novels, including The Absolutely True Diary of a Part-Time Indian, winner of the 2007 National Book Award for Young People’s Literature. War Dances, his 2009 collection of short stories and poems, won the 2010 PEN/Faulkner Award for Fiction.

Novels by Janet Campbell Hale, who lives on the Coeur d’Alene Indian reservation in Idaho, also explore issues of Native American identity. Her book Bloodlines: Odyssey of a Native Daughter, won the American Book Award, and The Jailing of Cecelia Capture, was nominated for a Pulitzer.

These talented writers also include poets. Wendy Rose’s collection of poems Lost Copper was nominated for a Pulitzer. Part Hopi, Miwok and European, Rose is an artist and an anthropologist, as well as a writer. Her poem “Notes on a Conspiracy” centers on the theme on white colonization.

Even though Blue Highways isn’t about Native Americans, it was on the New York Times best-seller list for 42 weeks in 1982-83. The book by William Least Heat-Moon, who is part Osage, chronicles a three-month road odyssey that he took in 1978, staying on secondary roads in search of places in America untouched by fast food chains and interstate highways. As many of the books mentioned above, it’s a must-read. 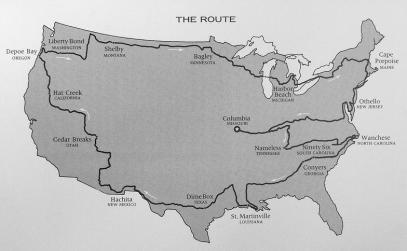 I have omitted many fine writers, including poet nila northSun (Shoshone), Vine Deloria, Jr. (Oglala Lakota), who wrote Custer Died for Your Sins: An Indian Manifesto, and Paula Gunn Allen, who wrote The Sacred Hoop: Recovering the Feminine in American Indian Traditions. Allen’s book argues that women played a much larger role in Native societies than has been recorded by Europeans, who are primarily patriarchal, in their writings.

The website oedb.org is a good place to start. It lists 20 Native American writers that one should read. The website http://www.ipl.org/div/natam provides a vast alphabetical listing of authors, titles, and tribes.

Have you read books and/or poems Native American writers? How were you affected?