Before the American coasts were joined by a railroad, there was still magic in the world.

OK, maybe not dragons and stuff, but the Far West – the “grand social experiment” in California – was a fascinating caldron of pioneers from the East, luckless prospectors, Latino gentry, and Chinese immigrants. They were financed by the gold rush, struggling to establish themselves as a civilized powerhouse, and desperate for the printed word. They were also relatively free from the castes and constraints of the parental east coast of America. This made San Francisco fertile ground for printing presses and ambitious, emerging writers.

Enter the Bohemians, ready to blast their talent and energy out into the world. 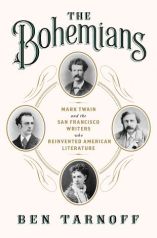 In his gem of a book, Ben Tarnoff takes four writers struggling to make their mark in frontier San Francisco – Charles Warren Stoddard (the tortured poet), Bret Harte (the editor), Ina Coolbrith (the poetess and nurturer), and Mark Twain (the firecracker). They contributed to the same journals and called each other friends, styling themselves “the Bohemians.” The name itself promises experimentation and adventure.

Lecturing energized [Mark Twain]. When [Twain and Stoddard] got back to the hotel, [Twain]bounced around the suite, hammering out a Negro spiritual on the piano, fixing cocktails at the bar…. He “knew the art to perfection,” Stoddard reported, concocting masterly creations of Scotch mixed with sugar and lemon and bitters. After they drank one, Twain demanded that Stoddard make the next. “With fear and trembling I’d make an effort,” remembered the secretary, and always the result fell short. But it gave Twain an excuse to keep drinking. “Yours was so damned bad I’ll have to make another one to take the taste out of my mouth,” he said. (231)

Entertaining snippets like this are woven throughout The Bohemians. Like Tarnoff’s first book, A Counterfeiter’s Paradise, it’s a work of history, out this May from Penguin Books. I came into this subject matter with a working knowledge of Twain (only the most egregiously homeschooled Missourian could plead ignorance of Twain or Jesse James), but I’m primarily a reader of fiction. Being a tourist in the genre didn’t matter one bit; Tarnoff’s lively prose, short chapters, and erudition carried me, whether for 100 page stretches or 10 page bursts. 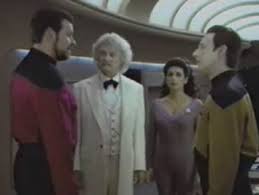 Mark Twain apocrypha near and dear to my heart.

It’s evident Tarnoff has extensively researched his subjects long before the 49 pages of end notes. He evokes the familiar physicality of the Bay Area while planting the story deftly in its time period.

Twain, a man chronically obsessed with avoiding the poor house, seemed to me an unlikely bohemian. But all four writers shared the goal of transforming the tall tales and grandeur of the West into something digestible by the Eastern literati. It was such a uniting force that Tarnoff’s fascinating thesis – that the combination of these voices encouraged and shaped each other into the volcano that reinvented American literature – had me nodding agreeably all the way into the final pages.

The need to separate from Europe and the theme of the “birth of a new American literature” couldn’t have had better timing. Tarnoff writes that the famous senator Thomas Hart Benton (another Missourian, yay), had already railed “…too many among us can see no merit in anything American but that it approaches the perfection of something European.” (29) New England was still putting out the mummified literature people like Ralph Emerson lamented about: “We have listened too long to the courtly muses of Europe,” he addressed Harvard graduates. (58)

America was just beginning the Civil War – Twain was avoiding it and Missouri by venturing west. But Nationalism wasn’t a hot topic just in 1860s America. There was another rebellion going on against Europe’s cultural dominance at the time. The Russian Intelligentsia were fighting their own battle.

“Mark Twain roars in to San Francisco in 1863,” Tarnoff writes. The Bohemians is understandably focused on the trajectory of American literature. But it’s worth noting that in 1863 Dostoevsky published Winter Notes on Summer Impressions, an account of his visit to Europe. His journey was ostensibly to receive specialist care for his epilepsy, but “Dostoevsky also wished to see firsthand the source of the Western ideas he believed were corrupting Russia.” (Patterson, Introduction, vii)

Dostoevsky’s wit, while not as folksy as Twain’s, shares the wry disgust with European superiority:

And so I am in Paris… Do not think, however, that I am going to tell you much about the city of Paris itself. I think you must have read so much about it in Russian already that you must finally be sick of it. (35)

What could be better, truer to the frontier/proletariat spirit than to see a gloves-off tag team fight between these guys and The Establishment? Who wouldn’t love to see that? The mere thought was so exciting that I made a poster: 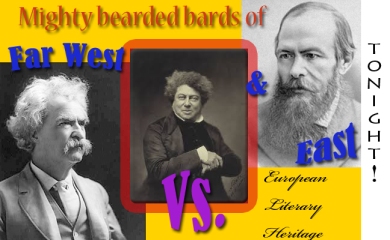 I’m sure Dostoevsky would love the revenue generated from ticket sales.

But back to Ben Tarnoff’s lovely book: For all Twain’s majesty and charisma, Tarnoff doesn’t let him trample the other members of the quartet. He’s dug into the lives of Harte – who was Twain’s editor and bested him to become the darling of New England – and Stoddard and Coolbrith. His narrative arc entwines their fortunes, vendettas and triumphs in their brief years together like they were a blood family.

I won’t spoil the end for you. Or tell you the fates of the writers. I will mention that Harte and Twain enter into the sort of bitter feud that leads to one of them writing to President Hayes, warning of the moral failings of the other and attempting to block a foreign embassy post. Only the more intense friendships can lead to such vehement hatred.

Tarnoff has written the most entertaining history I’ve read in years. It ends before Twain has written Tom Sawyer, but thanks to Tarnoff’s careful attention to the misfires and hits of Twain’s early career, his trajectory at fulfilling the promise of creating a uniquely American voice is clear.

Recommended reading for American history buffs, Missourians, Californians, or people with a soft spot for counter-culturalism.

How do you feel about the current state of American Literature? Too insular, or just worldly enough?

5 thoughts on “Freshly Baked Books: A Review of The Bohemians by Ben Tarnoff”