A month ago, I read an interesting post by Julianna Baggott, entitled ‘Do You Want to Write or Do You Want to Be a Writer?’ Up until that point I had never thought about doing or being one or the other. I had always thought of the two as joined at the hip, since a person can’t technically practice one without then being the other. I won’t bore you with an ‘if this, then that’ scenario, but I will say that the article did get me to pondering the motivations behind why I write.

Fairly quickly I made a short list of reasons that don’t motivate my writing. Since creating this list didn’t require any introspection on my part, it wasn’t difficult.

2) I don’t write in hopes of receiving boat loads of money, because unless I’m writing the next installment to 50 Shades of Grey or my wizard story says something to readers that Rowling’s wizard story didn’t, that boat isn’t docking anywhere near my port of call. (Though making a very modest living wouldn’t affront my indie principles in the least!)

3) And finally, I don’t write for praise from the writing community at large because:  a) I’m an indie author- the scourge of the earth and b) I write crime fiction, which is a genre that tends not to be respected by those who handout writing accolades like the Man Booker Prize and the Pulitzer Prize.

If fame and fortune don’t motivate me to write, then why do I put myself through the unending pain and frustration of stringing a story together, finding just the right descriptions, deleting words and sentences, chopping out whole sections of story line and innumerable rewrites and edits?

(The next part of this exercise did require introspection and therefore took far longer than I wanted it to take, and required far too many glimpses into my geekiness than I care to look at)

This is what I came up with: 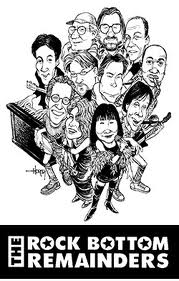 1) I write for the sheer joy of singing a story no one has heard before, in a way that I hope it hasn’t been sung before. Yes, I said singing. And just in case you think the pain and frustration of writing has gotten to me, let me explain. I have been a singer and musician since the third grade and have performed in front of hundreds of people at a time during my adult life. I have performed with many groups (none of which you would know, but talented groups nonetheless), and I know what it is to present something with the intent to create an emotional response. That was my intent every time I stepped onto the stage. Now, my stage is the empty page, and my song is the story that I try so carefully to craft across its daunting and stark expanse.

2) I write for the opportunity to coax the same emotional response I once did when I sang. Words soar from pen strokes just as easily as they soar from the throat, and interpretation and emphasis of words still evoke the same emotions and experiences from an audience whether they’re reading them or hearing them.

3) Lastly, I write because it’s another outlet for expressing myself now that performing isn’t as readily available to me as it once was, and I NEED the outlet. I am not one who craves the spotlight or needs applause, because I am perfectly happy to write and sing to no one. But what I do need is space to create when the moment strikes me, which is what writing affords me on a regular basis. And if what I write happens to move someone, one way or another, then all the better for us both.

Note: For more information on The Rock Bottom Remainders, visit this link:  http://en.wikipedia.org/wiki/Rock_Bottom_Remainders

2 thoughts on “Writing: Why For Me It’s Become Singing With a Pen”